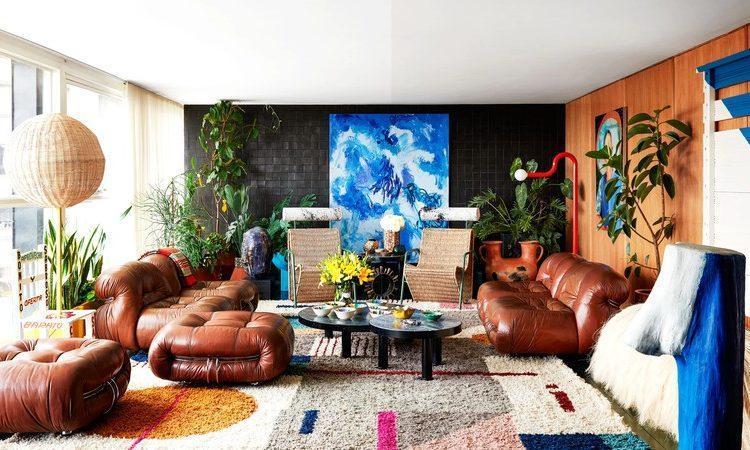 (Tobia and Afra Scarpa’s swinging-’70s Soriana seating makes a comeback By Hannah Martin architecturaldigest.com)
Nothing like the pressure of a deadline to get the creative juices flowing. At least that was the case for designer-couple Tobia and Afra Scarpa, who received an urgent call from furniture maestro Cesare Cassina in November 1969: Could the Italian architect—son of a famous architect father, Carlo—and his wife come up with a radical new sofa in time for the Cologne trade show in January? The Scarpas set to the task, inspired to use the material of the moment, expanding polyurethane. 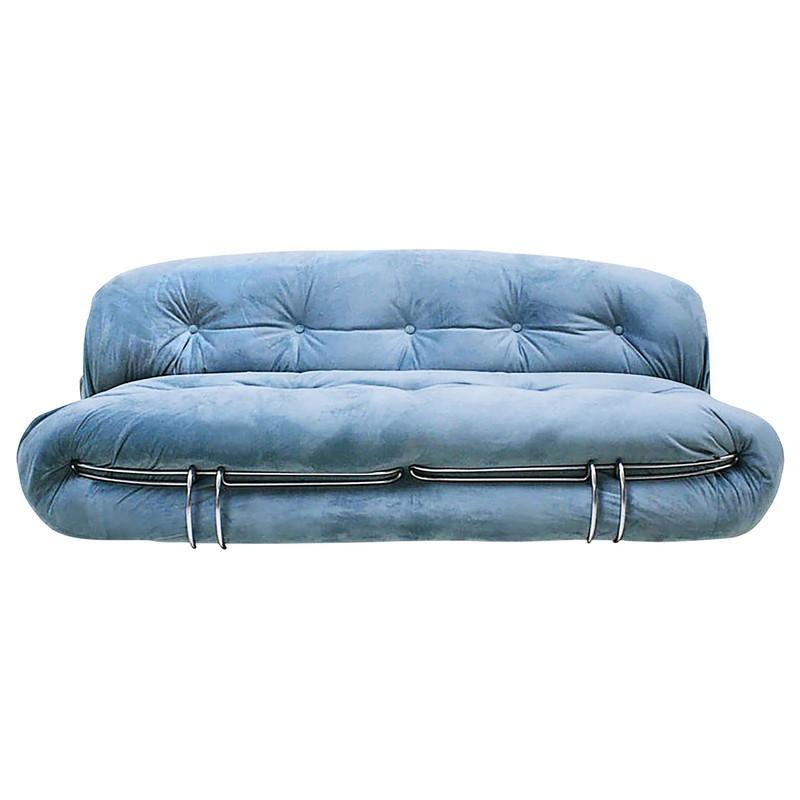 They proposed a seat at its most rudimentary. “At the beginning, the workers did not understand that the leather covering was not supposed to be taut . . . but to appear like a soft, creased fabric curled around this soft mass and held together by a sort of giant metal spring,” Tobia later explained. In no time, versatile seats called Soriana were produced and taken to the fair, where the chair won the prestigious Compasso d’Oro award for what Barbara Lehmann, head of Cassina’s historical archives, calls “its visual complexity achieved with simplicity.”
The lumpy, lounge-worthy seats suited the ’70s, but in the decade that followed, Soriana fell out of favor, causing Cassina to end production in 1982. In recent years, it’s been making a comeback.
“It’s like if Claes Oldenburg made a chair; or a beanbag with more structure,” says Rodman Primack, from AD100 firm RP Miller, who lives with a family of Sorianas that his husband, Rudy Weissenberg, inherited from his grandmother in Guatemala. (She parked them around a brass firepit.) Fellow AD100 honoree Kelly Wearstler has a suite of Sorianas sheathed in flaxen fabric at her Malibu beach house. And Shanan Campanaro, founder of Brooklyn’s Eskayel textile studio, recently redid her beat-up set in her brand’s Medina jacquard. “It updates the pieces, making a classic feel supermodern.”
Tags: afra scarpa, aggiornamenti mondo architettura, america, anni 70, architettura, cesare cassina, covid-19, io resto a casa, sofa, tobia